Charlie's adoption is in progress! 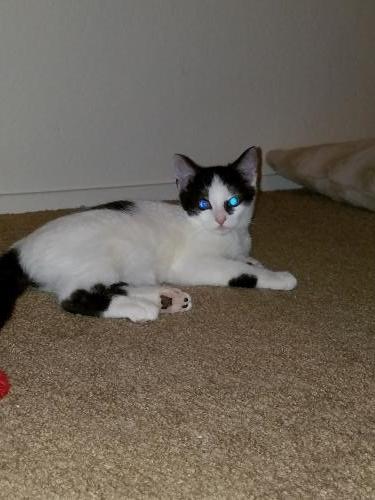 Charlie is a charmer and the only boy in his sibling foursome. Adventure and fun are always at the stop of his to-do list, and he’s happy in his role as big brother and as the designated leader of every kitten exploration! This darling boy is also a bonafide lovebug who gets along great with the bigger cats and adores his people. Cuddles and kisses all over his face edge out playtime as this precious boy’s very most favorite things! A dashing splash of black alongside his pink nose and dramatic black velvet “face drapes”, give him a bit of a piratey look. But he’s all cuddlebug under his black and white costume, with a fuzzy black tail that looks like it was glued on as an afterthought! Handsome, loving, mellow Charlie hopes you have a welcoming forever home full of hugs and kisses waiting just for him! 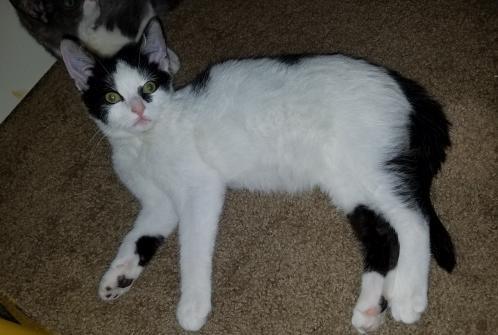 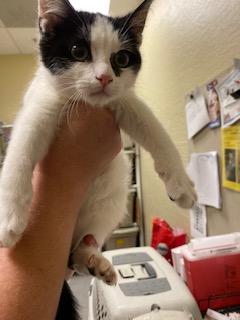