With every cinnamon stripe and sweep of vanilla white, wonderful Woody is the definition of a classic orange and white tabbyman! But it’s his awesomely affectionate personality that quickly wins the heart of anyone he meets! Maybe it was his rough start in the world, sickly and abandoned by a feral mom, that has made him so loving. It’s hard to know, but there’s no doubt that with abundant TLC he is now the most super lovable, sweetly sensitive boy who loves to play with anything available, loves to give little kisses and head bonks and hugs, and is destined to bring great joy to a forever family as sweet as he is! This precious stripey sweetheart also gets along well with other cats and with dogs. He’s happy and handsome and full of deep affection, a true gem of a boy by any definition! Could lovebug Woody be the one for you? 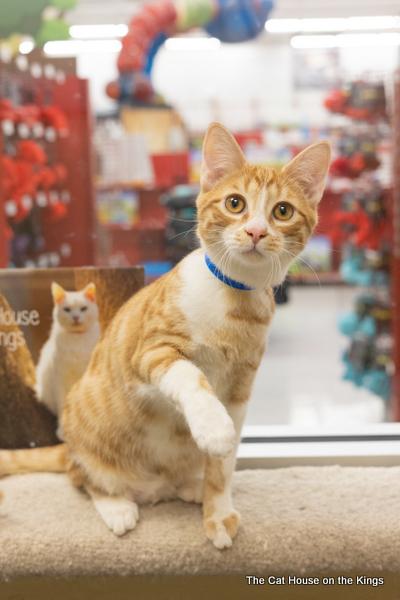