Chubs is available for adoption in an offsite foster home 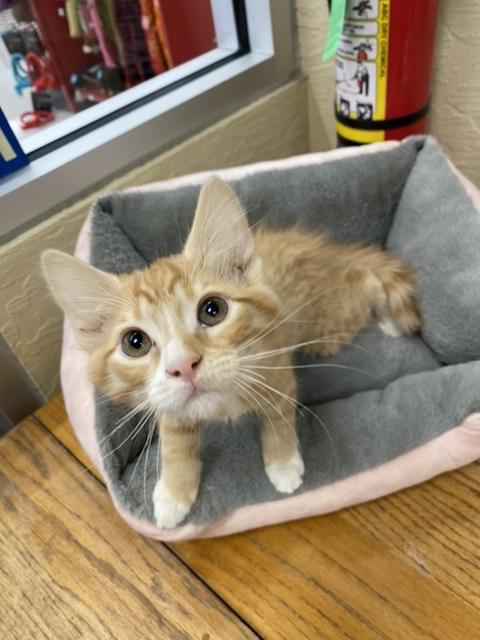 Chunky Chubs is a snuggle bug who tends to be the designated leader of his happy band of racing, romping, wrestling siblings. He can be a little bossy with them and is known to elbow his way to hoover up as many snacks as he can when they’re offered, but the sibs love him, and he also gets along well with bigger cats and with dogs. He has a larger-than-life spirit and is typically a cuddly and comical character who welcomes hugs and snuggles from everyone, but he has been known to give a tiny human a quick whack. With his springy white feet, a pouty white smile, and fuzzy wuzzy big ears, he’s a very handsome little hunk who is sure to be a very impressive big hunk some day! Could fun and affectionate Chubs be the cherished new addition to bring his big personality to your welcoming world? 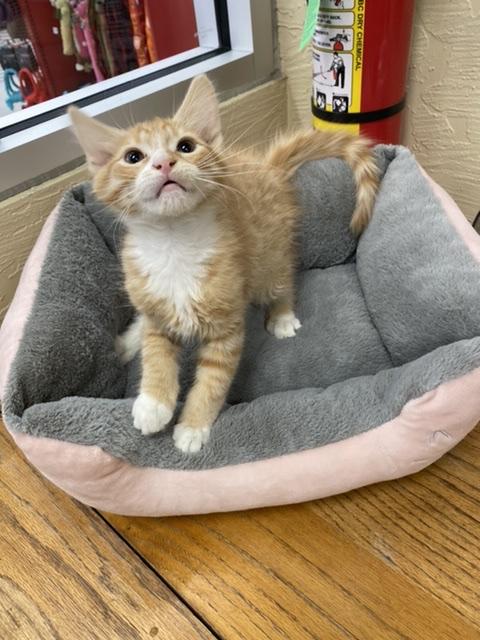 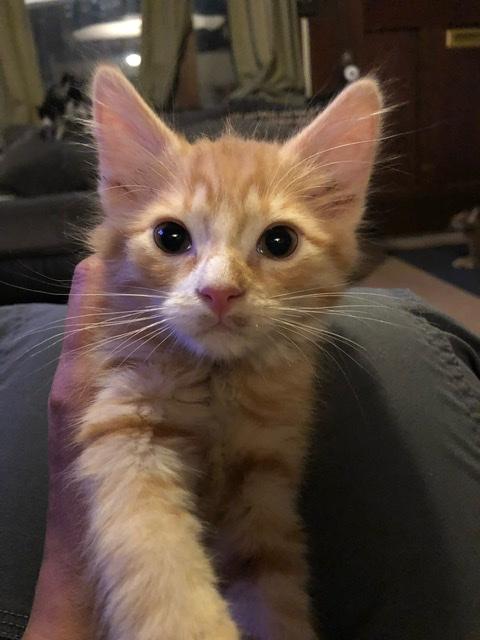 Questions about Chubs? Please call our Petco adoption center at (559) 222-0228 or e-mail petcoadoptions@cathouseonthekings.com