Boba's adoption is in progress! 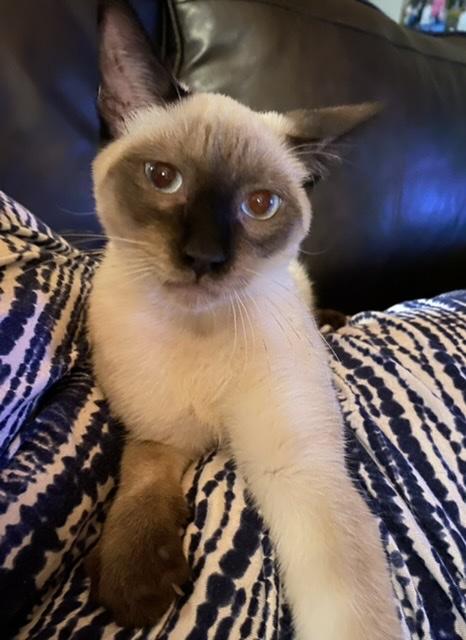 Boba is what you would expect from a Siamese, he talks, he acts like a dog, he gets into the dog food, wants chicken with the dogs and also he thinks he's a human. He is a imp of a kitty, with personality plus.  He loves to sit on your lap when you are watching T.V. but he also loves to smack the dogs when they are in his person space but also gets along with them just fine. He is a handsome blue eyed boy who will make the right home the best companion you could ask for. What a gem of a boy he is, as easy to love as he is handsome to look at!  He gets along with his foster home’s well-behaved dogs and can be a little selective about humans, but once he chooses you he’s endearingly loyal and deeply devoted! Who can resist such a gorgeous guy who will love you unconditionally, be calmly companionable with just enough fun, and make everyone who meets him say “Oh, wow!” Could this debonaire and devoted boy named Boba be your new beloved? 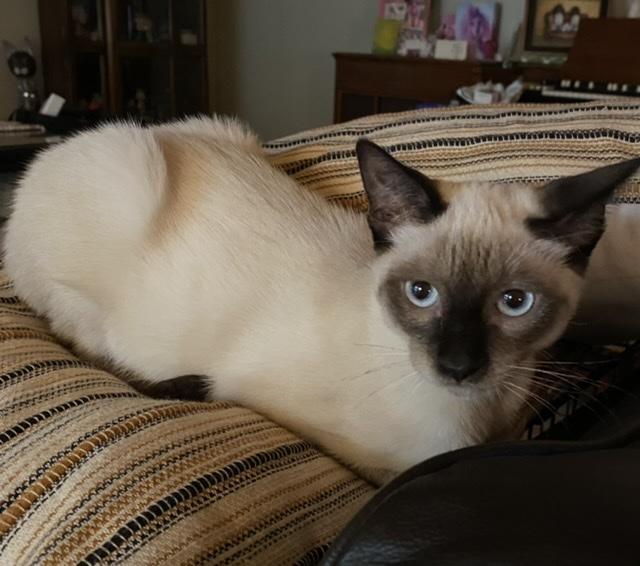 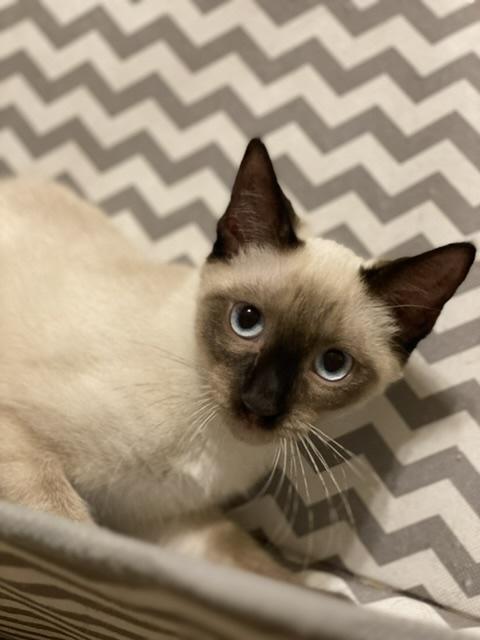 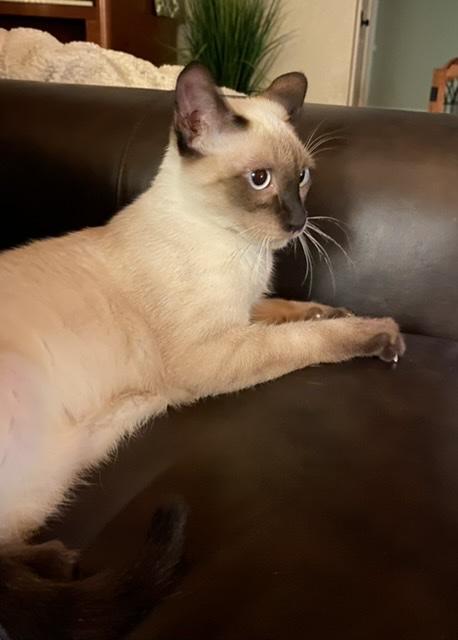 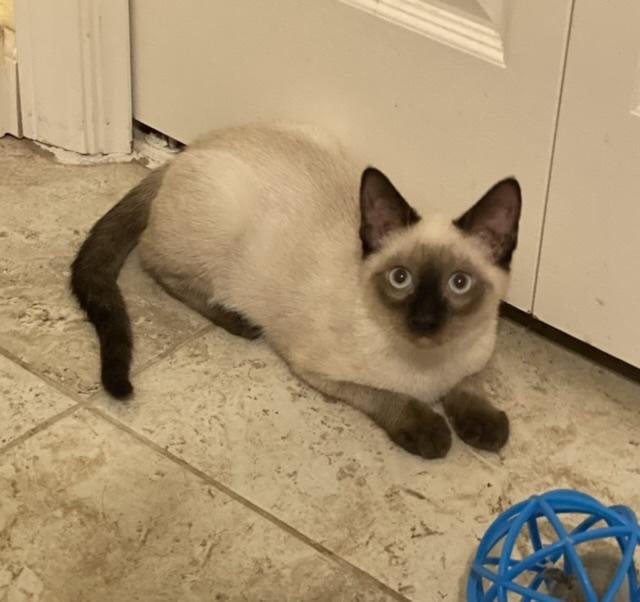 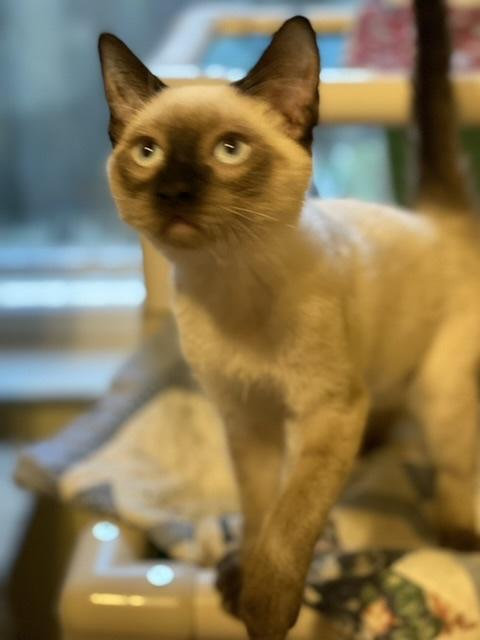 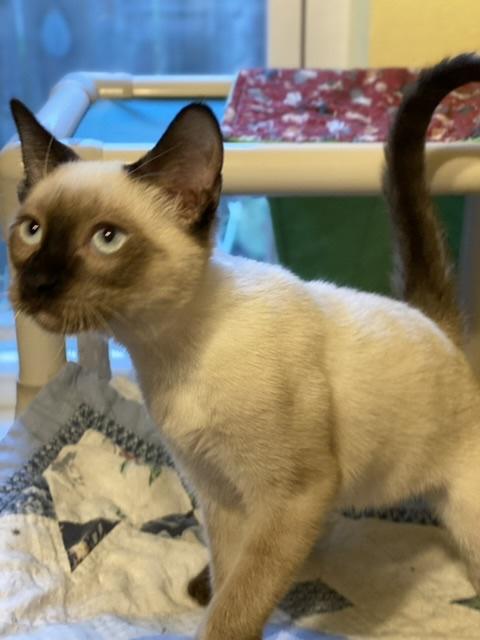 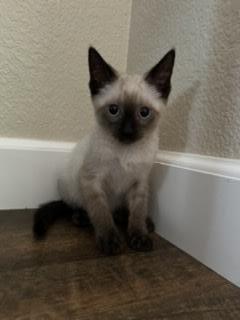 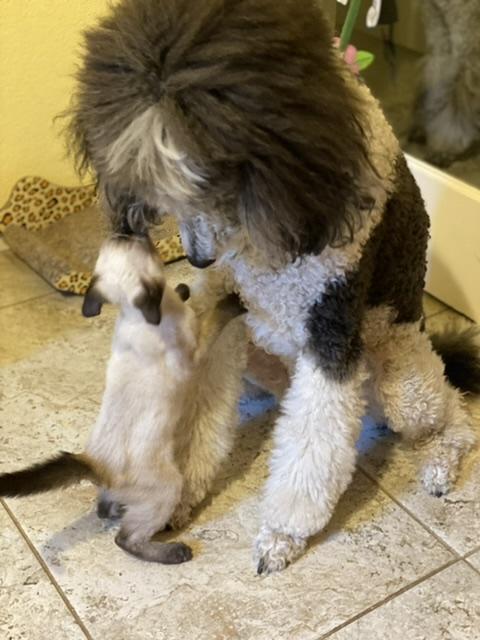 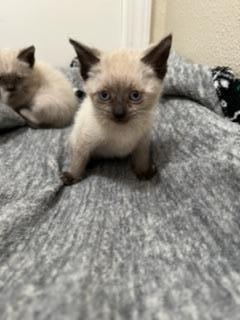