Hershey has been adopted! 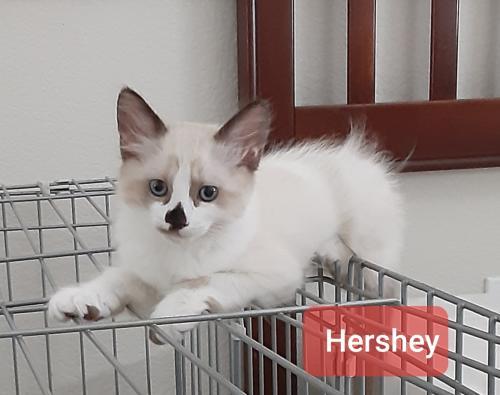 Meet Hollywood-handsome Hershey who has the silkiest, extra fluffy coat, the deepest blue eyes, and an irresistibly kissable nose that he seems to have dipped in melted dark chocolate! He’s beautifully attired, but that doesn’t slow him down one bit when it’s time to play with the other kittens. He’s especially gentle with the smaller ones, loves to romp and race with his brother Hugo, but also plays well independently. He hasn’t been exposed to bigger cats, dogs, or kids. He can be a little timid with strangers but warms up quickly, and when he knows he’s safe he will talk to you and hope you have time to pet him. His foster mom says “He has been a delight to foster”! Could this silky sweetheart named Hershey be the beloved boy for you? 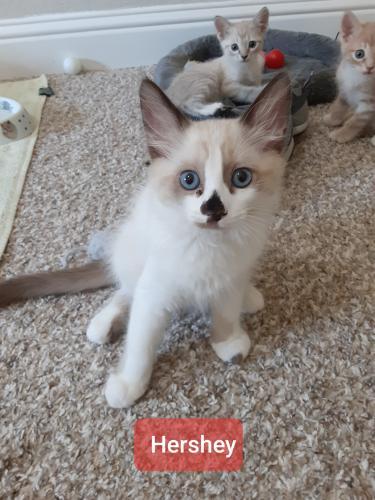 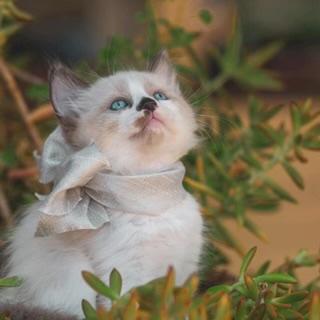 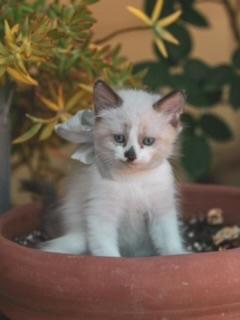 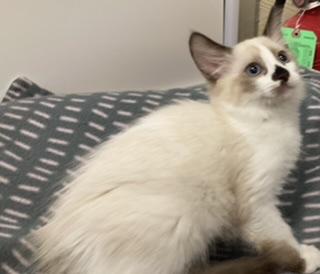