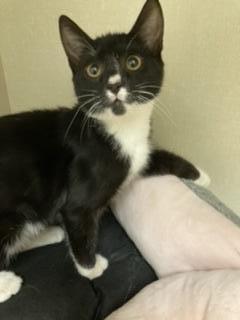 It’s hard to imagine that this dandy dude named Double-O-7 was found in a country backyard so tiny, malnourished, and filthy that he could barely stand. But his foster dad says that “from the start he has been the sweetest kitten”. He has been nurtured with seven other cats who think he’s great, and also two big dogs and two small dogs he’s done well with. While he’s been exposed to young children, he does prefer to avoid them. What he does love is a rambunctious good time and lots of head boops and cuddles! He can make a plaything out of anything, isn’t fussy about a thing, only speaks up when he’s hungry or really needs some attention, and can charm anyone! He’s a super handsome, classic tuxedo, always debonnaire in his dapper suit of black and white with polished white “shoes”, dashing “ascot”, glistening whiskers, a perfect bow tie mustache, and a darling goatee! Who can resist such an impressive guy, licensed to capture your heart and light up your life?! Could Double-O-7 be your forever family’s furry secret agent sweetheart? 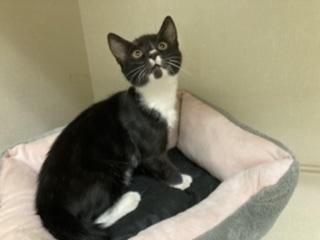 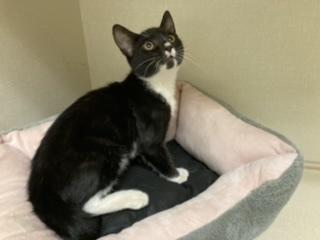 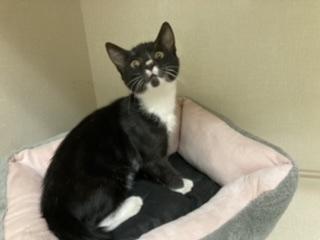 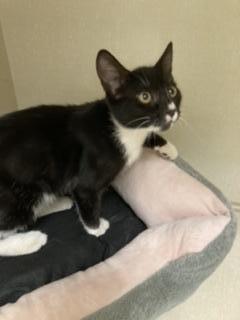