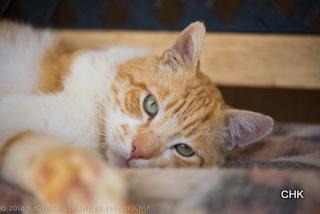 Handsome was severely abused by someone with a warped mind. His front leg was broken and then wired up against his chest where the bones healed with his leg in a drawn up unusable position. The wire cut through his flesh and it became infected. This loveable even-tempered guy was shown on the Nat. Geo. Wild program on the Cat House. Cat House staff were forced to amputate the infected leg to save his life. Handsome does not complain about anything, he is just happy to be alive and happy to have people who love him who he can love back. We would offer him for adoption as a special needs kitty but he has tested positive for feline aids (FIV), probably another result of the abuse he suffered. He will live with us for the rest of his life and he would like to have a sponsor. 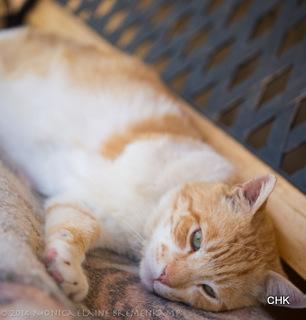 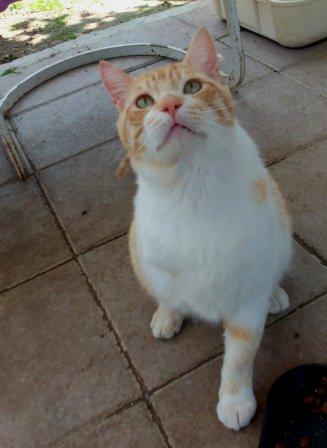 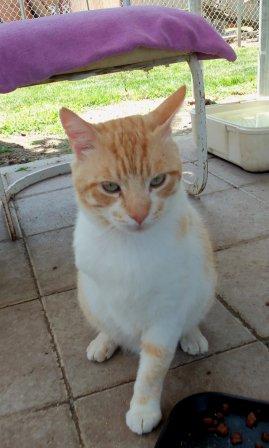 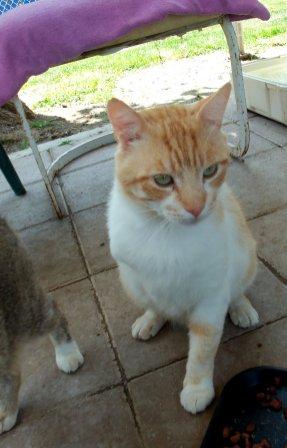 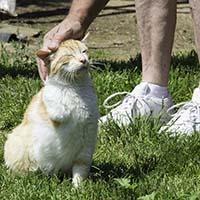